No products in the cart.

Fulfilling your God-given purpose in life requires the supernatural. People who achieve great things in life are not strong in themselves. But they are made strong by a force greater than them.

But if you are going to move from the class of extraordinary to super-ordinary, you’ll need the supernatural factor – The Anointing.

Anointing is the flow of Holy Spirit’s empowerment that enables ordinary people to do supernatural things. The supernatural current that transforms what is ordinary to super-ordinary. In 1 Samuel 9:16, anointing causes two major things – cause you to Reign and Rule.

The anointed always Reign and Rule.

You can’t be anointed and not stand out among the extraordinary people.

But that is not my focus here.

My focus in this post is to bring your attention to the dynamics of anointing that we all need to effectively execute the counsel of God and to fulfill His  purpose in our lifetime.

Dynamics of anointing can help anyone in leadership capacity to effectively fulfill their mandate without any form of self struggle.

Let’s look at these seven dynamics of anointing. We will deal with one out of seven in this article.

When Abraham was called by God to come out of his country, the word of The Lord is that He would show him the land (Genesis 12:1). It was a call of vision. Abraham was anointed for vision – ability to see beyond the obvious.

See also  How to Attract Provision for Your Vision

It was this anointing for vision that gave Abraham the confidence to ask Lot, his Nephew to first make his choice when they were to separate.

Then, Lot looked around and saw a land that looked so fascinating and beautiful. He decided to make a choice based on physical sight (Genesis 13:10-11).

But after Lot departed, the Lord spoke to Abraham to look up from where he stood – Abraham was asked to lift up his eyes and look northward, eastward, southward and westward. The Lord said to Abraham that all the land Abraham sees, He would give to him and his seed forever (Genesis 13:14-15).

Eventually, Lot was going to lose everything – his wife, son-in laws, properties and all he had laboured for over the years.

In fact, it was the mercy of God through the intercession of Abraham that saved Lot and his two daughters. The angels needed to drag him even while he lingered for him to escape the destruction caused by a vision-less choice.

SIGNS THAT YOU ARE ANOINTED FOR VISION

Imagine what the earth will look like when we have leaders like Abraham. – A man always driven by vision. I like us to consider the principles guiding this anointing for vision from the life of Abraham. These are signs that you can

Principle #1: Ability to See Beyond the Obvious

There’s something common to both Lot and Abraham. That common thing is that they both lifted up their eyes, yet they saw differently. Why? Lot could not see beyond the obvious.

See also  Lead to Next: Taking Your Organization to the Next Level

As soon as he lifted up his eyes, it was the plain of Jordan that he saw. It takes extra-eyes to see beyond the plain – the obvious. Visionaries have anointed sight. They have the capacity to see beyond what looks so beautiful. For a visionary, not all that glitters is gold.

Sometimes, when visionaries make a choice, it always look unreasonable to those who lack anointing for vision. The reason is because they are not moved by the plain. They see beyond the obvious. But at the end, the wisdom of their choice will surely be obvious to all.

Visionaries are explorers. They are extensive, dilated, and broad minded. They consider survey, examine and always investigate options. They don’t make a decision by impulse.

They are people of options, not because of indecision but to make a judgmental decision. They are not one sided. They are not limited. They look everywhere until they are able to see correctly. Abraham was an explorer. He looked round the four cardinals.

Another quality of visionaries anointed for vision is the ability to see afar. This is long-farsightedness. They have overcome myopic and nearsightedness vision. They can see into a far distance.

The Lord told Abraham that “All the land which thou sees, to thee will I give it and to thy seed forever” (Genesis 13:15). So, when it comes to vision, those who are really anointed see all the land. They don’t just limit their sight to the immediate.

Principle #4: Ability to Respond Immediately to the Demand of Vision

As soon as Abraham got the promise of God to fulfill his vision, he responded immediately with action. He relocated. He removed his tenth from the former life to a new demand. He did not linger.

See also  Fight for Your Dream (1)

He knew that clear vision requires immediate response if you don’t want to get discouraged. Those who are anointed for vision don’t wait until the grass is green on the other side. They move despite the challenge.

Principle #5: Ability to Dedicate the Vision to God

Those who have anointing for vision are always Worshipers. They always dedicate their God-given vision to the giver Himself. This is a sign of trust, dependence and submission to God.

It means they acknowledge that without the help of God, no vision can be accomplished. Abraham, after he relocated to the place of enlargement, he built there an altar unto The Lord. He renewed his relationship and covenant with God.

It is my prayer that we will be anointed for vision like Abraham. 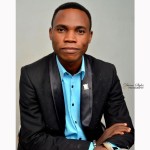 Benjamin Suulola is a Life Developer with a specific divine mandate to develop Christ-like Leaders for End Time Revival and to Empower Lives Globally
with Purpose, Power and Biblical Principles to become their Ultimate Best in Life. He is a Bible teacher, Life Coach and author including the best-selling book, Maximize Your Life. He is the President of an Apostolic Movement, Purpose Reminder Christian Mission Abuja and also the Senior Pastor of Chrisma Church International. He is divinely married to Dorcas Suulola and they are blessed with children.